I'm Jessica Riccardi, an illustrator, animator and graphic designer. I'm from San Marino, the oldest republic in the world. My artistic training began at the Scuola del Libro an Art Institute in Urbino, where I chose a specialization in Animation Cinema. In 2013, I graduated with my bachelors from the Academy of Fine Arts in Bologna. On my third year of studies I attended one semester at the German university HAVE, in Hamburg. After experiencing various approaches to design, I decided to obtain my master’s degree in graphic design and illustration at the ISIA in Urbino. Over the years, I have acquired solid technical skills in the field of graphic design, illustration and animation.

This work was realized during the course of Steven Guarnaccia. "The Urbino" transport is the theme that I've developed by analyzing the various kinds of transport used to arrive or depart from the city. In the first illustration, I positioned according to the structure of Italy the various cities that are linked to Urbino by bus. In the second illustration, I represented "Il mercatale" the central place for departures and arrivals. The design is divided into three levels, at the top the landscape of "Mercatale", in the centre a group of people colored in red, blue, or red and blue, depending on the transportation that they have used to arrive or depart from the city. 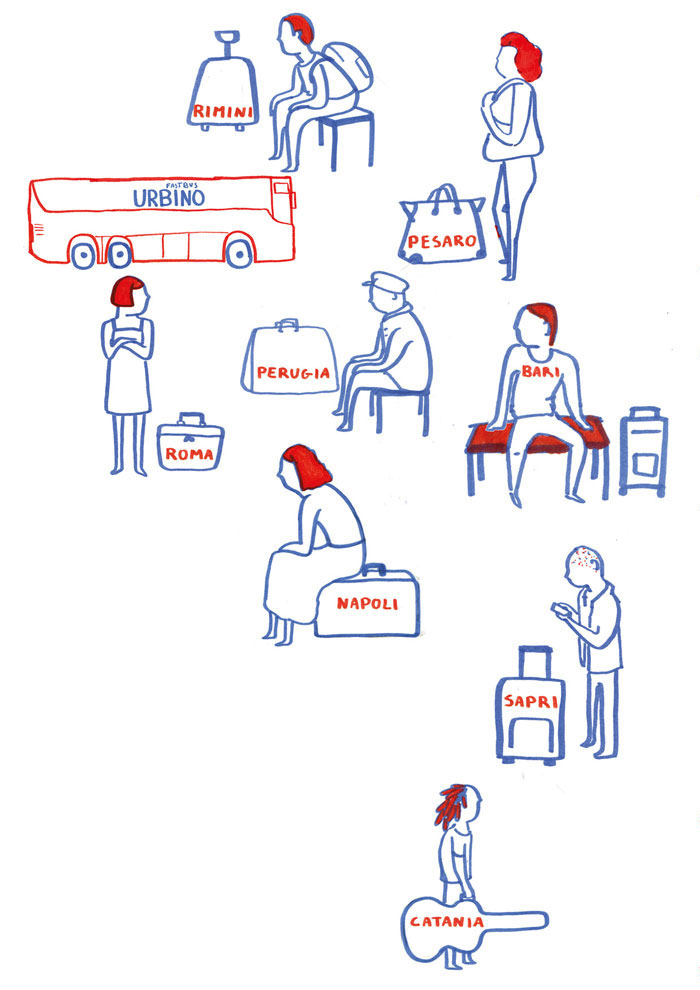 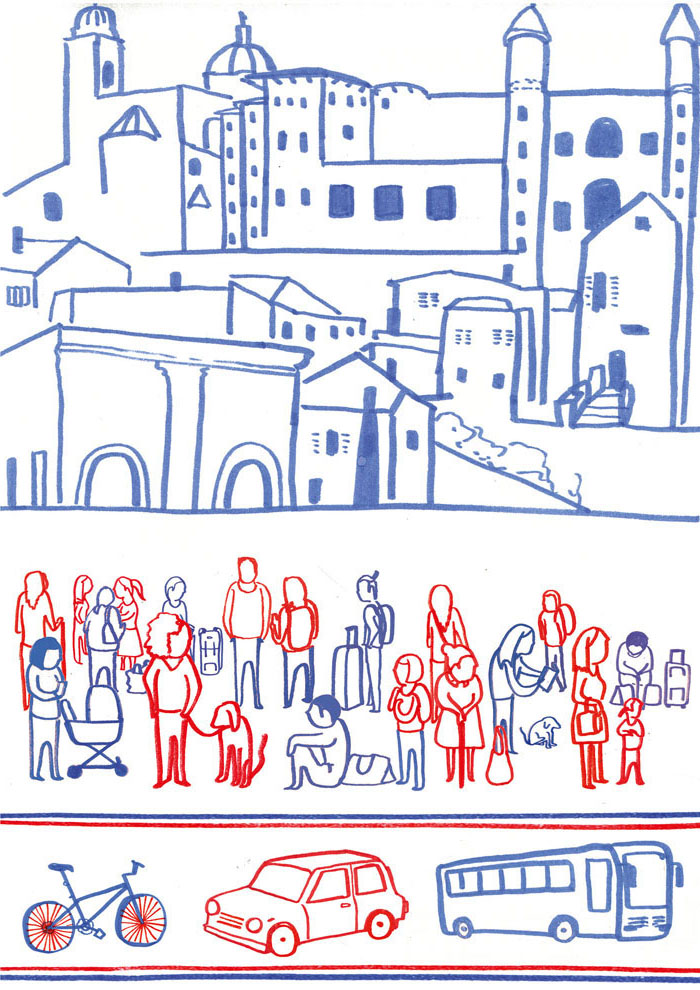 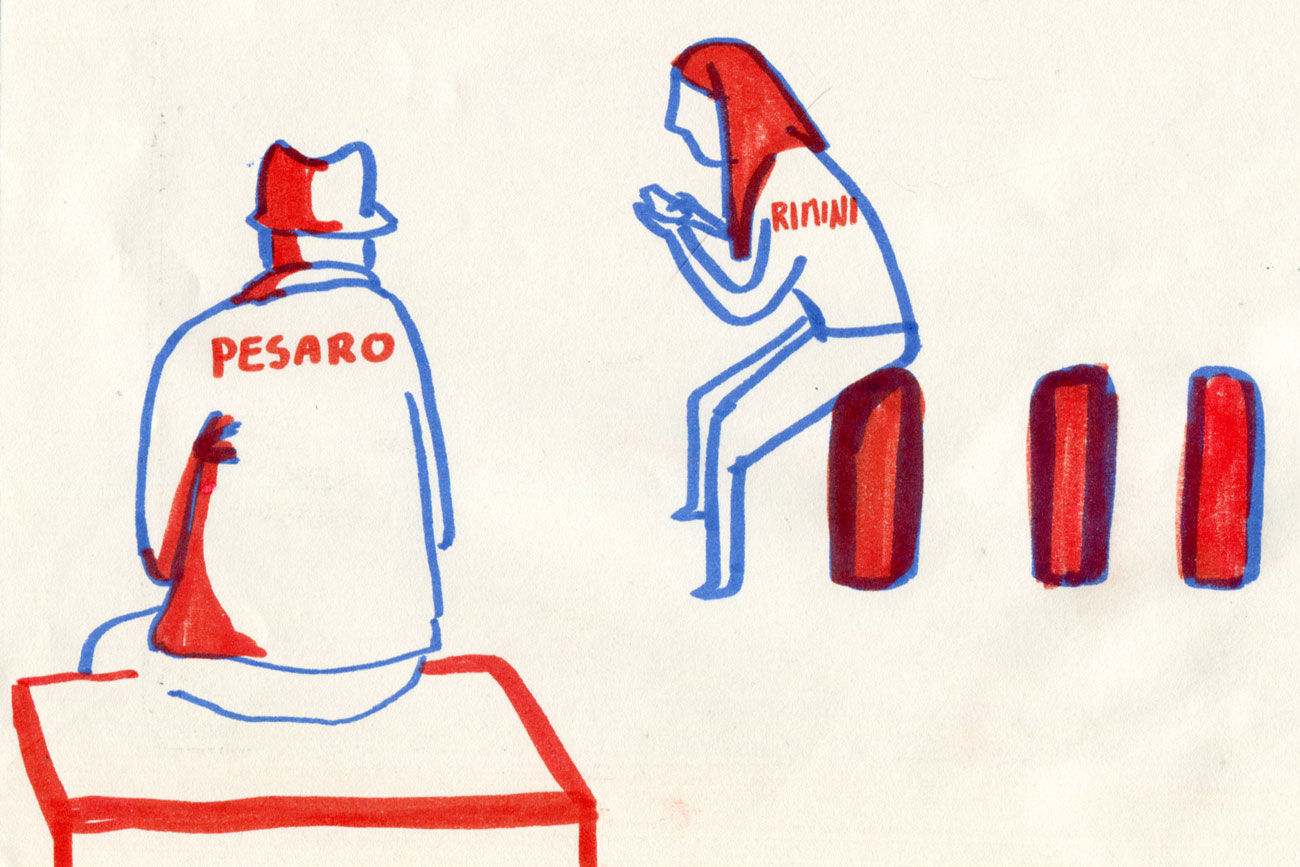 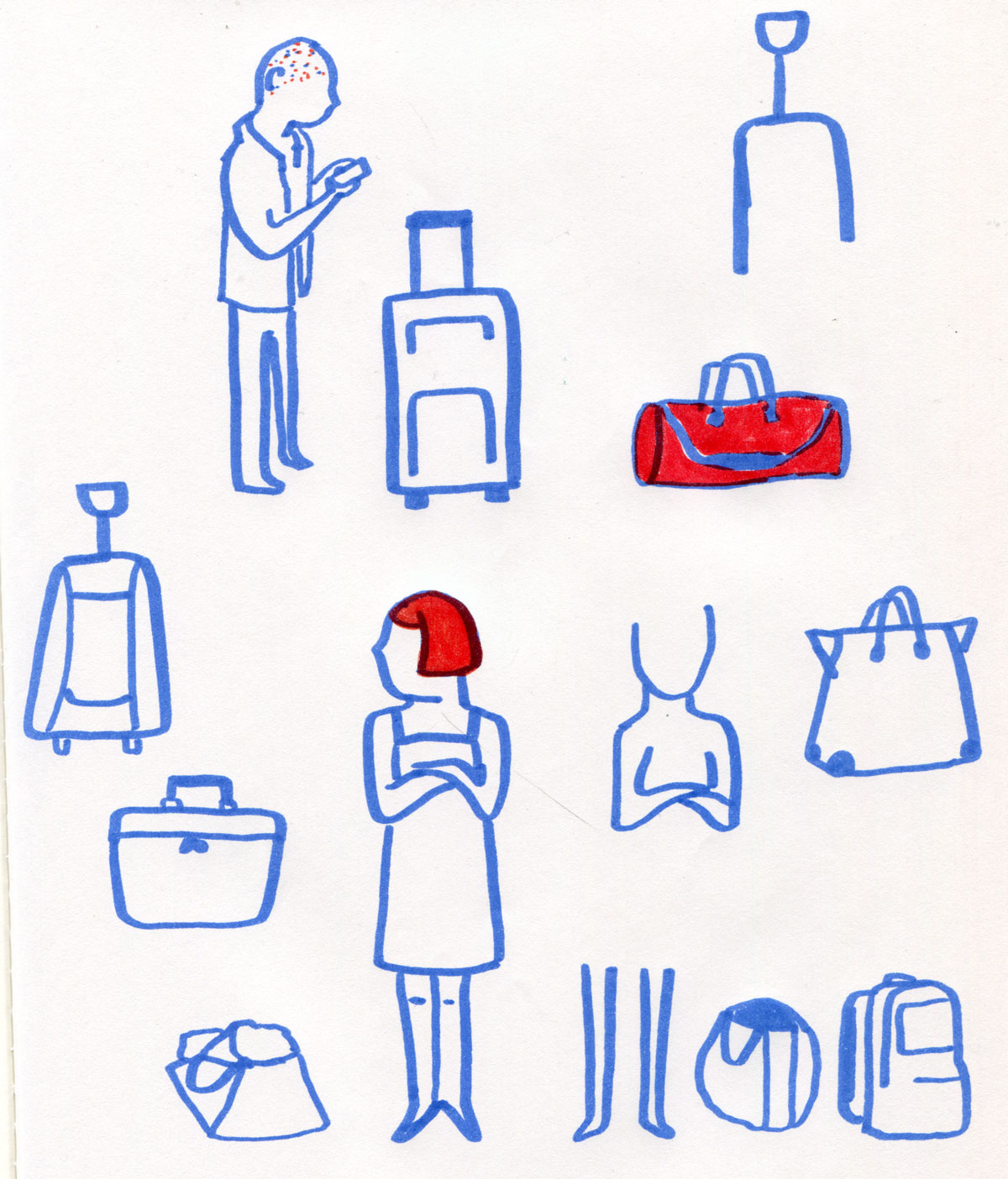 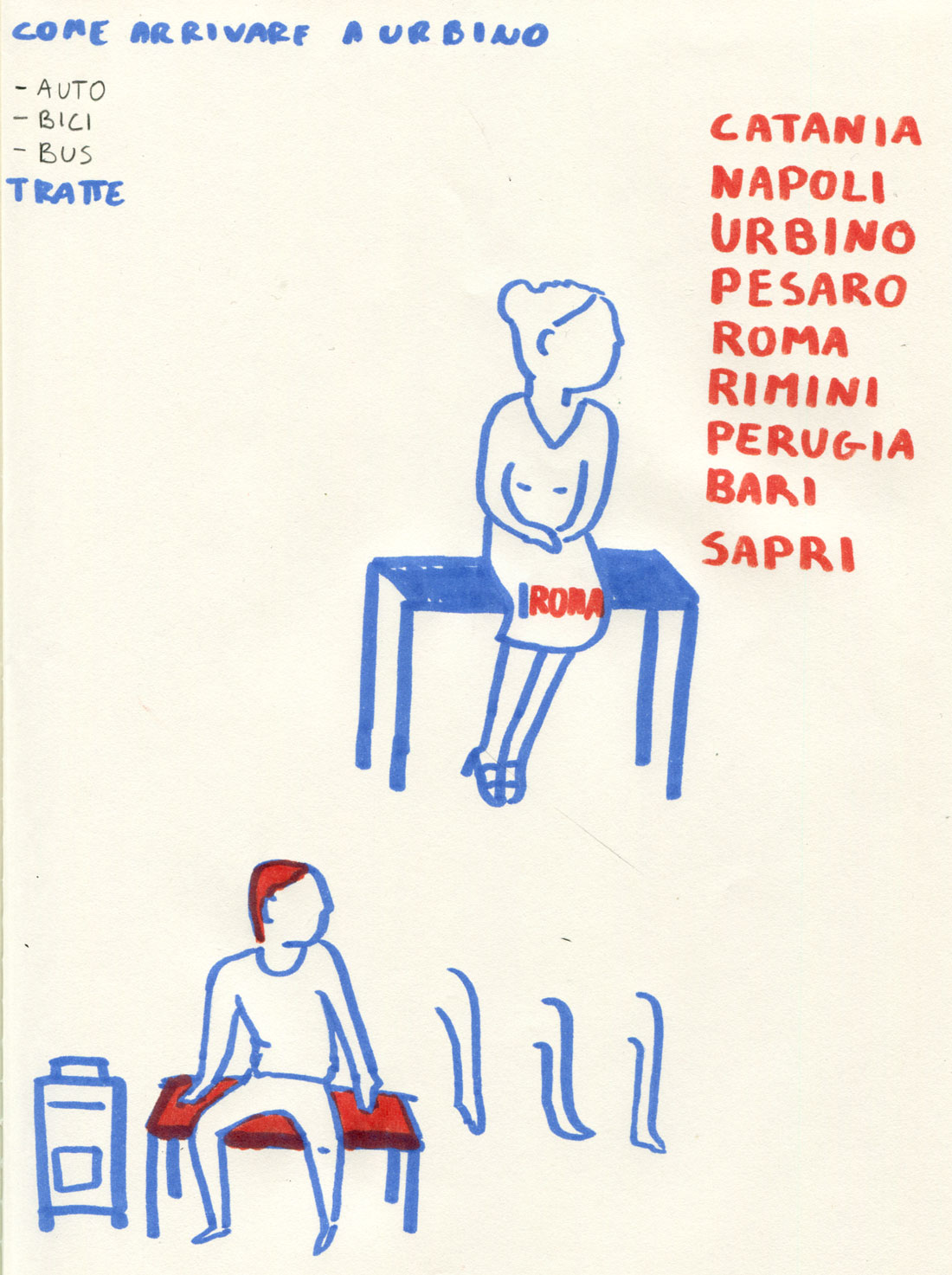 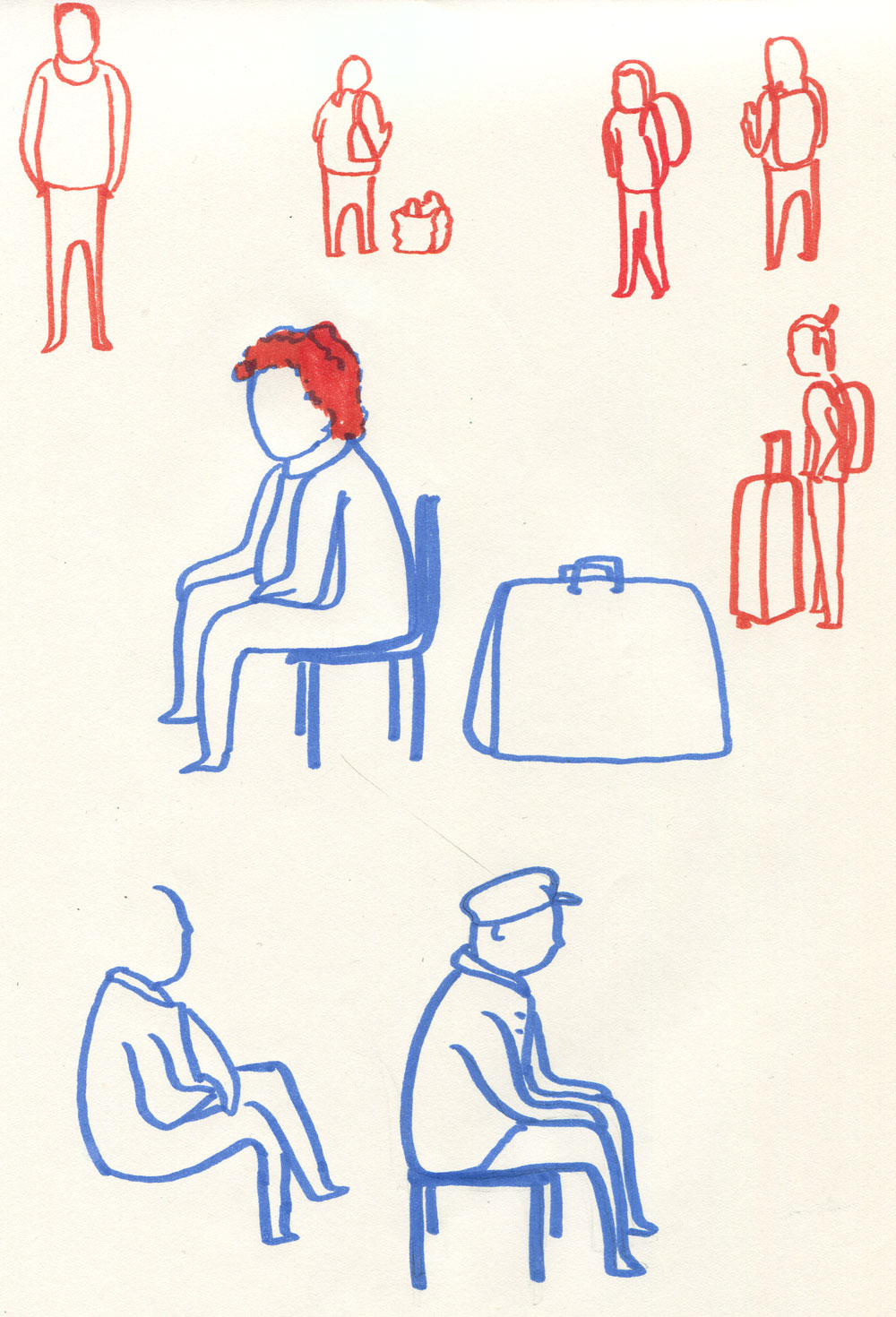